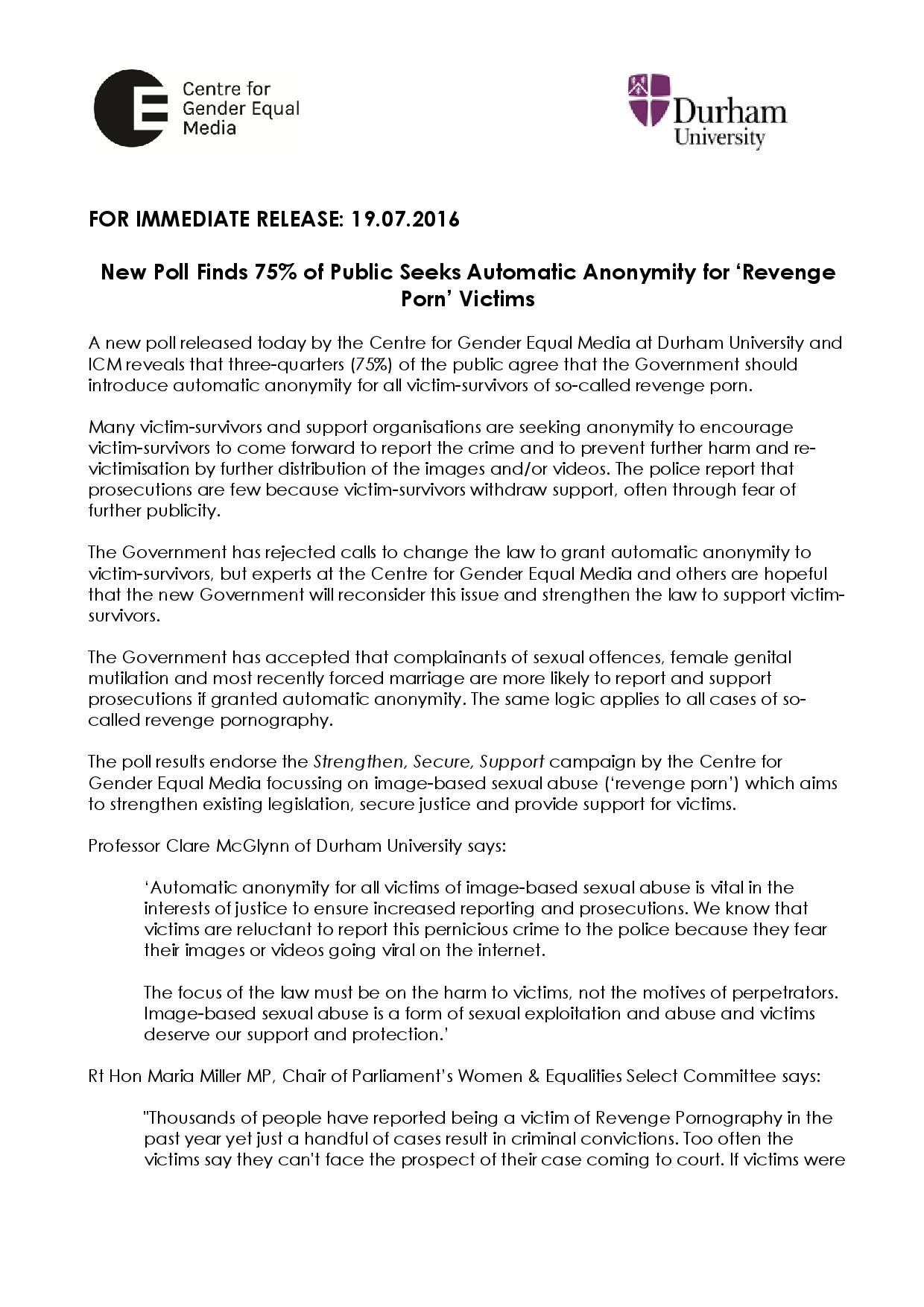 The poll by ICM questioned 2,048 people who were asked if victims of revenge pornography should have the same anonymity as victims of other sexual offences. Male respondents were 72% in favour while 77% of women supported anonymity; an average of 75% in support.

Read the press release by GEM in full here