A key focus of my work is on securing better laws and policies to challenge all forms of image-based sexual abuse – a term that refers to the non-consensual taking, making and/or sharing of intimate images without consent, including threats and ‘deepfakes’.

My early work with Erika Rackley developed the term ‘image-based sexual abuse‘ to better explain the nature and harms of these abuses and you can read more about this in our academic research and in this blog. We have argued for comprehensive legal changes to enable victim-survivors to seek justice, and for improved support and legal assistance to enable victims to reclaim control of their lives. We are currently participating in the Law Commission’s review of this area of law and you can read here our policy briefing and response to the consultation.

Our landmark report published in 2019 – Shattering Lives and Myths – identified legal and policy failings that must urgently be addressed. We interviewed over 50 victims and stakeholders across the UK to find out their experiences and recommendations for change. This report is part of an international project with colleagues across the UK, Australia and New Zealand. More info available here.

The report was launched at a Parliamentary Roundtable, chaired by Maria Miller MP and attended by many victims, police, lawyers, justice organisations, the Victims Commissioner Vera Baird, Fawcett, End Violence Against Women coalition, Women’s Aid, Rape Crisis and many MPs and members of the House of Lords. Read more about the report, public and media debate and my blog with Erika Rackley and Kelly Johnson here.

My latest blogs highlight the need for urgent action, the harms of image-based sexual abuse and why we must focus on the harms victims’ experience , rather than the motivations of perpetrators. 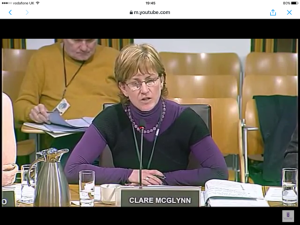 I have given evidence before the Scottish Parliament Justice Committee on reform proposals, as well as recommending comprehensive law reforms before Parliament’s Women & Equalities Select Committee. I actively participate in policy and political debates, most recently suggesting improvements to the laws on ‘upskirting’ including here on the BBC, outlining the harms of photoshopped images and ‘deepfakes’ in the Guardian and advocating the protection of victims by granting them automatic anonymity when reporting to the police.

This policy activity includes working with tech companies such as TikTok and Facebook. For example, in 2018 I addressed Facebook’s Global Safety team at their HQ in Silicon Valley, with Durham Sociology’s Kelly Johnson and participated in their global roundtable brainstorming next steps to challenge the sharing of non-consensual sexual imagery.

You can read the research in more depth in my article with Erika Rackley in the Oxford Journal of Legal Studies (access the full research article) which examines harms of image-based sexual abuse and set out the ways in which laws and policies need to be reformed.

In this video produced by Durham Law School, I discuss strengthening the law on image-based sexual abuse.