Over the last ten years, I have worked with colleagues to identify ways to better regulate pornography and to undertake research improving our knowledge of the content of mainstream online pornography.

This research was reported across the world, including in the Sunday Times and New York Times, as well as being debated and translated across Europe and asia. 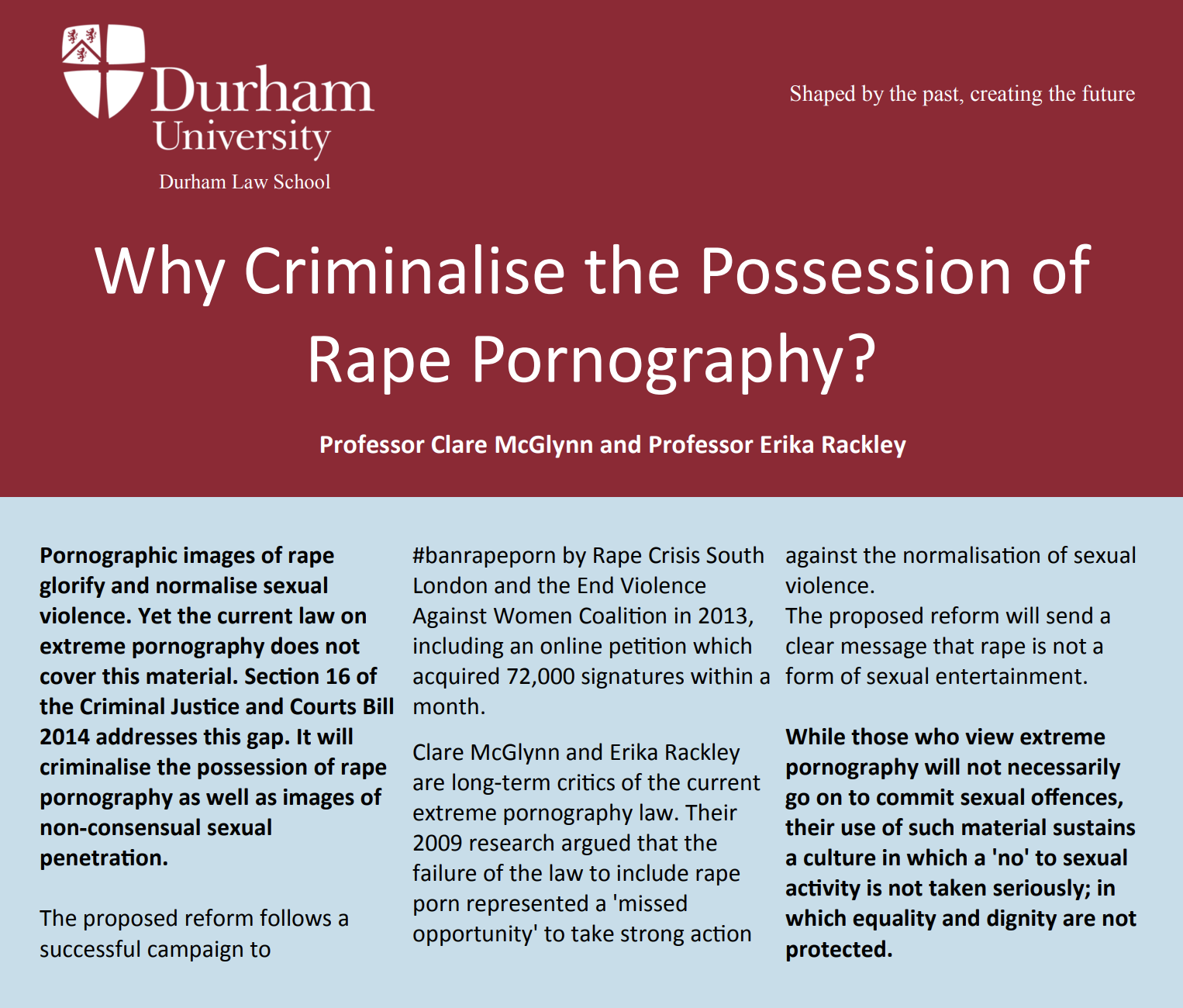 These two projects build on my long-standing research in this area with Erika Rackley that justifies using the criminal law to criminalise the possession of extreme pornography on the basis of its cultural harm. We have worked closely with MPs and MSPs, policy-makers, charities and campaign organisations to support the introduction of new laws criminalising the possession of extreme pornography, particularly pornographic images of rape. I’ve engaged in public debate to raise awareness, with my comments and recommendations being widely cited across the media debates, including being quoted in The Guardian, the Observer, the Independent and on the BBC. I’ve also participated in debates on BBC’s Woman’s Hour and Law in Action.

One thought on “Pornography”